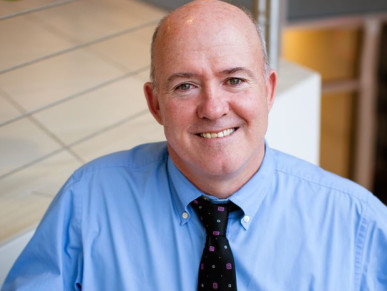 People often say we live in a time of “unprecedented” change, but I will note that all change is, by its nature, unprecedented.  If there is “precedence,” it is not change.

I see many programs doing great, beautiful innovative work around the world.  But I have more than a little concern for the time in which we are doing these programs. If something is truly unprecedented, it is the velocity at which change is occurring, as well as the immediacy of the cultural window we all carry with us—the smart phone—that make that change, finally, ubiquitous across cultures.

As I write this, some of you are communicating—texting or otherwise—across political lines, vast oceans, deserts and mountain ranges.  It is now possible, within seconds, for someone on the opposite side of the planet to counter my opinion. This was not possible until quite recently and the implications are immense.  As the Director of International Services at Texas Christian University, I can watch students in the flat light of a cafe in Central America, or engage a cinematographer from the comfort of her living room in Europe, or discuss patent and intellectual property with colleagues working in a palm-lined Cairo campus. And these ideas are not dreams—I offer them here because they all took place within a week at our university.

So why did I say concern? Surely this is marvelous new day where technology and purpose are not toppled by the economics of travel?  Well, the numbers and a couple of questions are staggering.  There are more than 7 billion people on earth. Most sources hold that around 4 percent of that population (and for argument’s sake we’ll double it and say 8%) has access to higher education. Holding that education is not a privilege but a resource, currently only a tiny portion has access via traditional means to that resource.  If that is not concerning to you, I suggest it become so.  Further, UNESCO estimates 6 billion cellphones in use around the world; and those cell phones provide a form of access. Not perfect access, but access nonetheless.

The combination of these two concepts—the staggering numbers not engaging in higher education, and the technology that renders them no longer invisible to us or us to them—are at the core of TCU’s Award winning Discovering Global Citizenship program, of which I am a part.

The 92% who aren’t represented in the hallowed academic halls, have historically waged a Darwinian struggle, forced to choose between their abc’s, arithmetic tables and bread.  We uncomfortably—sometimes contentedly—excused their absence.  We blamed it on oppressive regimes, theological dogma, unfortunate GPS locations or the nuances of capitol and entrance standards.

Unaware of our connection to these nuances, we go about our lives. I offer “historically” purposefully.  We can be fearful or we can be excited, but for whatever the choice, the distance between our feast and their obscurity is disappearing. With the touch of an index finger, we can and do peer across that vast distance and watch each other. And unlike before, that street is no longer one way.

In the world’s most challenging places—people and ideas and organizations are quietly succeeding at transforming the invisible and forgotten into faces with names and dreams–dreams that include education. And I want to help build that.